Why Making a Difference is Always Top of Mind For Law Partners Award Winner.

Whether it’s travelling across to Peru and volunteering at an endangered baby monkey orphanage or assisting an injured and vulnerable single mother with her compensation claim – there’s no doubt about it, 2019 Law Partners Personal Injury Award winner Lillian Crowther Gibson is one impressive young Australian.

Despite the fact that both her parents have enjoyed successful legal careers, becoming a lawyer was never top of Lillian’s mind growing up. What was, was the burning desire to make the world a better place and provide assistance to those that need it most.

“It was apparent to me early on throughout my schooling years that there are so many people all around us that endure real hardships on a daily basis. Hearing about these difficult situations certain people find themselves in never sat right with me as a kid, and I knew whatever I did going forward that I wanted to make a difference and change the fortunes of these people,” Lillian Crowther Gibson reveals.

“My parents are both lawyers but honestly, that never had an impact on my decision to pursue law. The turning point was a conversation I had with a year adviser – she knew of my strong desire to help people and suggested that law would be a great path to achieving that. I then took some time to ponder and realised that she was right, and eventually came to the decision to study law.”

With the desire to make a difference as her driving force, Lillian powered through her legal studies and in May this year was deservedly awarded the prestigious Law Partners Personal Injury Award at the UTS Law Ceremony for the best performing student in Law Medicine or Medicine Law.

Interestingly enough, Lillian almost missed the ceremony, as just prior to the awards she was volunteering in remote areas of South America restoring parts of the Amazon and tending to orphaned animals of this region and was largely uncontactable.

“To be the recipient of this prestigious award is such an honour but to be honest, I nearly missed the ceremony,” Lillian admits.

“I was travelling and spending time in Peru volunteering and it certainly wasn’t easy to get a hold of me. They were trying to inform me that I was the winner of the award for quite some time before they finally got through – I think it was the day before they were nearly forced to contact the second-placed person.”

It was seemingly meant to be, as not only did Lillian make it back to receive the award but impressed Law Partners’ representatives so much that she was recommended to interview for a role at the firm. And after meeting with the Partners was recently offered and accepted a position as a Law Clerk.

“I would like to congratulate Lillian on winning the Law Partners Personal Injury Award for 2019,” Law Partners Managing Director, Adrian Pin says.

“Every year it’s such as an honour to present this award to a dedicated and aspiring legal professional, but this year in particular, is really special as we’ve managed to also find a valuable new addition to the firm.

“Lillian is clearly a gifted young legal mind but more importantly, she embodies the values of empathy and respect – which are at the core of everything we do at Law Partners, and we’re absolutely thrilled to have her as part of the team.” Legal studies is a road that’s paved with hard work and relentless dedication. For some, a career in law can mean financial security, success and even fame and recognition – and it’s these potential motivating […]
Read article 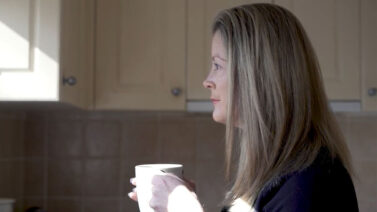 Sasha’s Story: The Phone Call You Never Want to Get.

Sasha and Tony woke up one weekday morning expecting things to proceed as normal. Get the kids ready for swimming training, school and then they’re off to work. Unfortunately, that’s not the way things panned […]
Read article 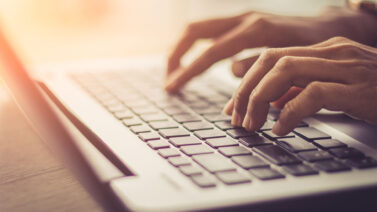 Working From Home – Can I Claim Workers Compensation?

Traditionally, when you hear someone has made a workers compensation claim it’s naturally been assumed that the accident has occurred at the workplace, whether that be the office or worksite. But with more people working […]
Read article