In terms of acceptance and awareness, psychological injuries have come a long way in the past few years.

There are more services available to help those who suffer from these kind of injuries and there is generally a greater understanding in society about how these people are affected. But there’s still such a long way to go.

Every year, thousands of Australians suffer from depression, anxiety and post traumatic stress disorder resulting from their involvement in an accident or witnessing a traumatic event. And quite often, these psychological injuries, or what’s known as ‘invisible injuries’, go on to have a far greater impact on the individual than any physical injury they may have suffered.

There’s a common misconception that those with a personal or family history of mental illness are the only people who can develop these kinds of injuries. Or, they only affect those who work in industries where the rate of occupational violence is high.

This is NOT the case!

Whether you’re male or female. Rich or poor. Work in an office or in retail. Anyone can potentially develop a psychological injury.

And these various celebrities and their stories are certainly proof of that.

Comedian and actor, Tracy Morgan, was enjoying the best run of his career in 2014 when his world was turned upside down one summer’s night in June. The 49-year-old was a passenger in a van bound for his house when a Wal-Mart tractor-trailer travelling at high speed slammed into the back of his vehicle. The force of the impact saw the van become overturned and caused a four-car pile up. Morgan’s friend and fellow comedian, James McNair, was pronounced dead at the scene, while Morgan was airlifted to hospital and was in a coma for eight days before undergoing months of physical and cognitive therapy.

Physically, Morgan suffered a badly broken leg and broken ribs but it was the traumatic brain injury, PTSD, depression and anxiety that followed the accident – that truly took a toll on Morgan’s health. Morgan admitted to suffering constant flashbacks of the accident and was consistently experiencing waves of guilt having survived the ordeal whilst his friend, McNair, had not. He’s fragile emotional state also made it extremely difficult to enter and ride in a motor vehicle without thinking about the horrific events of the night of the accident.

Four years on, Morgan has made a successful return to show-business, but he continues to manage his emotional trauma. In 2015, Wal-Mart settled its compensation claim with the comedian and the other victims of the accident. The case was settled for an undisclosed amount, however reports suggest it was in the vicinity of $90 million.

She may exhibit a ‘bigger than life’ personality, but academy award-winning actor, Whoopi Goldberg, has been dealing with symptoms of PTSD and anxiety for the best part of 40 years.

The source of her psychological injuries date back to a day in 1978 when she witnessed a catastrophic mid-air collision between two planes. Despite not being directly involved in the accident, witnessing the event was enough to have a significant impact on her emotional state and initiate a severe fear of flying which she’s still dealing with to this day.

Goldberg has also admitted to feeling extremely anxious at the thought and sight of a plane and suffering from vivid flashbacks of the collision. She is still seeking therapy for her disorder.

Sports fans all around the world will never forget the day in 1993 when tennis star, Monica Seles, one of the most recognisable female athletes in the world, was stabbed while competing in a match. The incident, which has been dubbed ‘The blackest day in tennis history’, sent shockwaves through the sporting world and effectively changed the way sporting events are secured and athletes are physically protected.

The attack occurred in Hamburg, Germany when Seles, who was the No.1 player in the world at the time, was resting between games. The attacker (who was a Steffi Graf fan – Seles’ rival) emerged from the grandstand and onto the court with a knife and manged to stab an unaware Seles in the back. Luckily, the blade missed the American’s spine by five centimetres with security converging on the attacker before he could make another stabbing attempt.

Physically, Seles made a full recovery and returned to action two years later, but it was the psychological trauma that she struggled with the most. Seles found it hard to step on the court and play the game she loved without thinking about the attack that nearly ended her life. Depression also hit Seles hard causing her to binge eat which resulted in her gaining 30kg.

Seles went on to sue the German tennis authorities in 1996. She also wrote a book about her life describing the incident in detail along with the damage it caused her both physically and emotionally.

“It changed my career and irrevocably damaged my soul,” Seles wrote in her autobiography.

“A split second made me a different person.”

Psychological injuries such as PTSD, depression and anxiety are serious and real problems in our society, and if you feel as though you’re struggling or may be suffering from symptoms of the disorder, don’t be afraid to tell someone and seek help.

If you feel that you’ve suffered as a result of your work or an accident, give us a call and speak to one of our specialist lawyers for free advice today. 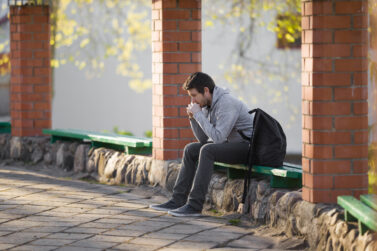 It’s a feature in almost every war movie ever made. The army character comes home from a warzone and experiences vivid flashbacks of a traumatic battle, which plays havoc with his/her emotions and causes confusion […]
Read article 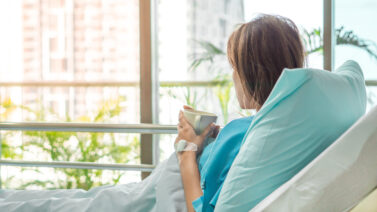 Psychological injuries can be completely debilitating, and sufferers can find it very difficult to continue working. However, if your condition has been primarily caused by your work, you may be entitled to a compensation payout […]
Read article