Why forced career change can affect the mental health of athletes too.

Every year thousands of Australians involved in a workplace, motor vehicle or public accident suffer injuries that force them to modify their work duties, move into new careers or stop work altogether.

One day they’re actively working and building a career, the next day it can all be snatched away. Sure, injury compensation can go a long way to easing the financial burden – but what about the toll this can have on one’s mental health when they can no longer work a job they love or in a field they’re accustomed to?

The development of depression, anxiety and distress is very common amongst people on injury compensation and contributes to the 3.6 million Australians who are affected by mental illness each year. However, these mental health implications that often develop after a forced career change are by no means limited to the general working population. Studies reveal professional athletes, despite the fame, money, endorsements – are just as likely to suffer from mental health problems as the general public.

A recent Australian study involving 224 elite athletes found that 46.4 percent of athletes experienced symptoms associated with at least one mental health problem with injury and retirement among the leading factors contributing to these problems.

Despite knowing that their careers are a lot shorter than those of the regular working population, and that it can end at any time, it certainly doesn’t make it any easier when retirement does come around.

A 2015 survey of 160 retired professional footballers in Australia found that 45.2 percent rated their retirement transition as difficult to very difficult with almost 20 percent admitting to experiencing mental health and wellbeing problems.

Like the general working public, athletes often suffer mental health issues during forced retirement because of their inability to set and achieve goals away from a working environment they’ve become used to – resulting in a loss of identity.

Former Olympic swimming champion, Libby Trickett, revealed that not being able to recognise herself both mentally and physically in retirement is what led to her struggles with depression.

“I put on a lot of weight, I had no routine, I stopped wanting to catch up with friends and family,” Trickett revealed on SBS’s Insight program.

“I definitely fell into depression. I continued to eat as though I was training at Olympic level.”

Former boxing world champion, Sugar Ray Leonard, who was initially forced to retire from the sport because of a serious eye injury, couldn’t cope with the anxiety and depression that set in after he stopped competing. According to Leonard, the only thing that worked in suppressing these symptoms was to go against medical advice and come out of retirement – which he did four times.

“Nothing could satisfy me outside the ring . . . I found there to be nothing in life that can compare to becoming a world champion . . . and I had to attempt to get it back,” Leonard said in his autobiography.

Cricketer Andrew Flintoff, AFL player Barry Hall, Basketballer Lauren Jackson and Olympic diver Matthew Mitcham are just a handful of former athletes who have opened up about their issues in trying establish new careers in retirement. This willingness of athletes to come out and reveal their struggles with mental health in recent years has not only shed light on the issue, but has increased awareness around why it is athletes struggle when forced into retirement.

And it’s important to realise that all levels of society, no matter what industry, whether it be sales, labour, entertainment or sport, when we’re forced to give up doing what we love or accustomed to – we’re all potentially vulnerable.

Depression, anxiety and distress are serious problems in our society, and if you feel as though you’re struggling or may be suffering symptoms of these mental health disorders, don’t be afraid to tell someone and seek help.

If you feel that your mental health is suffering as a result of an accident or forced career change, give us a call and speak to one of our specialist lawyers for free advice today. 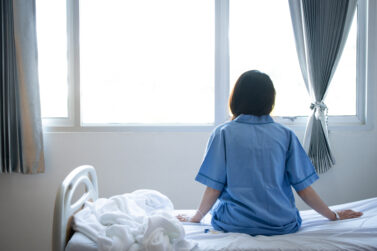 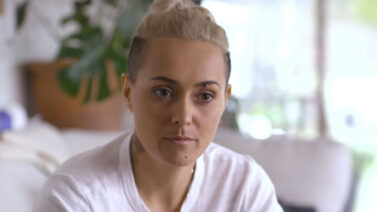 Three Aussie Athletes And Their Incredible Acts of Kindness.

The life of an elite athlete can be glamorous – often filled with success, fame and fortune. And by that same token, they’re often perceived as being, conceited, selfish and out of touch with the […]
Read article