A family man and motorcycle enthusiast has received almost $200,000 in compensation after a being rear-ended by an SUV driver on his phone.

Joe, a 53-year-old construction worker from western Sydney, called the result ‘justice’ and has vowed to use the money to support his family and start a new chapter in his life.

“I was always one of those people who thought a serious road accident could never happen to me. Well it did, and it derailed my life,” Joe said.

“But this compensation that Law Partners got me is proof that if you have the right people on your side, justice will prevail. This money is going to help my family continue to enjoy the lifestyle we loved before the accident and will help me start a new phase in my life.”

The injuries clearly hurt Joe financially but also severely impacted his social life to the point where he would become socially withdrawn.

In February 2018, Joe was stopped at the lights on his motorcycle when he was rammed into by an SUV. He was jolted forward, knocking him off his bike before it fell onto him. He suffered a shattered wrist, dislocated kneecap, two fractured ribs, a ruptured ligament in his neck and severe lower back bruising.

The father of two underwent wrist fusion surgery but suffered severe loss of movement in his right-hand dominant wrist, which prevented him from clutching tools and actively working on construction sites.

Aside from his family, Joe loved nothing more than going for long motorcycle rides with his mates and weight training in the gym. These activities were the anchors of his social life but the injury stopped him from doing both and he became socially withdrawn.

His wife, Christina, became increasingly worried about Joe. But one night, while scrolling her Facebook feed, she came across a Law Partners testimonial, which she now describes as ‘fate’.

“I knew we needed guidance and coming across the Law Partners ad I think was fate. We called, went to a meeting and the process was immediately started – just like that.”

“I honestly didn’t know what I could do, but it was obvious we needed help and guidance. And one night, I was on Facebook and came across this testimonial video to Law Partners featuring a former client who suffered a similar road accident to Joe,” Christina revealed.

“I immediately thought this was meant to happen. So I called them straight away, spoke to a CTP specialist who gave me a basic outline of our options and two days later, we went in for a meeting and the process was started – just like that.

Joe’s claim was looked after by Law Partners CTP specialist Tanja and her team, who made it known, after getting to know him, that the intention was to secure a lump sum payout for Joe’s pain and suffering, as the accident clearly impacted his life both physically and mentally.

Tanja’s commitment and ability to represent how the injury affected the entire family, convinced the assessor to award close to $200,000 in lump sum compensation and medical treatment for life.

Tanja took time to really get to know Joe, Christina and the kids, and to understand the full impact the accident had on them. With this understanding she built a compelling case and convinced the assessor in the claim to award almost $200,000 in pain and suffering compensation and medical treatment for life.

Joe and Christina were ecstatic with the result, and although Joe can no longer do certain activities, the compensation has given him clarity and financial assurance to be able to try new things and get his life back on track.

“To say this result was more than I expected wouldn’t be accurate, as I had no idea I was even entitled to pain and suffering compensation before speaking with Law Partners,” Joe admitted.

“Tanja went above and beyond and knew us so well and how much this accident set us back – which we know was so important to the outcome. We’re thankful to her because this result means my family is financially taken care of while I now re-train to ultimately become a construction supervisor.”

If you’ve been injured due to a motor accident, they speak to a CTP specialist at Law Partners on 13 15 15 and find out if you’re entitled to a CTP payout 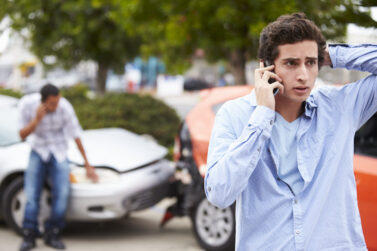 If you’ve been injured in a motor accident, the payments you receive from the CTP insurer can be a massive help while you get treatment for your injuries or take time off work to recover. […]
Read article 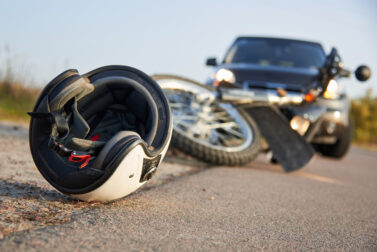 Motorcycle riding continues to grow in popularity in Australia. In fact, there were over 880,000 motorcycles registered in Australia as of January 2020*, including over 250,000 just in NSW. With our open roads and warm […]
Read article