Statutory interpretation of s39 – no back pay of weekly compensation.

It’s imperative that solicitors acting for injured workers caught by the operation of Section 39 of the Workers Compensation Act 1987, act promptly in referring the assessment of WPI to the Commission for determination by an AMS in order to restore the injured workers’ entitlements to weekly compensation – as evidenced by RSM Building Services Pty Ltd v Hochbaum [2019] NSWWCCOD 15.

Mr Hochbaum was employed by RSM Building Services Pty Ltd as a labourer.

On 1 September 2000, Mr Hochbaum sustained an injury to his right leg when he fell while pushing a wheelbarrow during the course of his employment. The workers compensation insurer, Allianz Australia Workers Compensation (NSW) Limited (“Allianz”) accepted the claim and paid weekly payments of compensation.

In July 2004, the parties entered into a complying agreement in the sum of $8,750. This agreement resolved Mr Hochbaum’s claim for lump sum compensation in relation to the loss of efficient use of the right left below the knee.

In June 2012, Mr Hochbaum was walking when his right leg gave way and he stumbled and fell onto his outstretched right arm. In January 2015, Mr Hochbaum made a claim in respect of a consequential condition to his back and right wrist. This claim was denied by Allianz.

On 2 April 2013, Allianz conducted a work capacity assessment and concluded Mr Hochbaum had no work capacity.

On 2 August 2017, Mr Hochbaum was given notice by the insurer that he would not be entitled to weekly payments beyond 25 December 2017 as he would have reached the aggregate 260 week limit pursuant to s39 of the 1987 Act and he was not a worker of high or highest needs as defined pursuant to s32A of the 1987 Act.

On 25 December 2017, the insurer ceased payments of weekly compensation.

On 1 May 2018, Mr Hochbaum referred the dispute to the Workers Compensation Commission and the matter was referred, by consent, to an Approved Medical Specialist (AMS) for assessment.

The insurer then advised Mr Hochbaum that they will recommence payments of weekly benefits from 16 July 2018.

This matter was heard before Senior Arbitrator, Josephine Bamber on 26 October 2018 for an Arbitration Hearing. On 7 January 2019, Senior Arbitrator Bamber issued a Certificate of Determination.

The Respondent Employer (Appellant) subsequently filed an appeal against the decision of Senior Arbitrator Bamber on 4 February 2019. The matter was listed before President Judge Phillips on 2 April 2019 for hearing.

The single ground of appeal made by the Appellant alleges that the Senior Arbitrator made an error of law in construing s39 of the 1987 Act.

The President held that it was essential to consider the text of s39 as a whole. The President focused on the tense used in s39(2), and determined that it was relevant in the proper construction of the provision. The words “does not” in s 39(2) are a negative contraction in the simple present tense. It is not expressed in the past tense, such as “did”. Further, the word “is”, in the sentence “if the degree of permanent impairment resulting from the injury is more than 20%” is also expressed in simple present tense. This strongly indicate the present tense application of the provision. That is, s 39(2) is directed to a circumstance existing at the time a worker’s injury result in permanent impairment of more than 20%. The words “permanent impairment” are given meaning, for the purpose of s39, by s 39(3).

The critical question identified by the President is at which point does s39(1) not apply?

At [147], the President interpreted and construed s39 as “where the worker ceases to be paid weekly payments due to s 39(1), it is only if a worker has been assessed to have a degree of permanent impairment of greater than 20%, that s39(2) is engaged to determine whether the worker’s entitlement to weekly payment may be restored. The worker having undertaken the process of an assessment of permanent impairment as defined in s 39(3) and having achieved the criterion set out in s39(2) is then relieved of the bar provided for in s39(1). The bar is lifted at the point in time of the assessment of permanent impairment of greater than 20%”.

The President further relied upon Cram Fluid[1], that it should be accepted the 2012 amendments disclose a cost-saving objective by the Parliament. Therefore, when reading the legislation as a whole together with the consideration of the objectives of the amending Act, s 39 clearly reveals a similar cost saving intention, and should not be construed as a beneficial provision, as submitted by the injured worker’s Counsel. S39 brings an end to a worker’s entitlements to weekly compensation after 260 weeks, subjected to an exception which is found in s 39(2).

In summary, the President held that the proper construction of s 39(2), read in context, is to restore a worker’s entitlement to weekly compensation, at the point in time an AMS assesses the degree of permanent impairment to be greater than 20%.

Given the above reasons, the President revoked the Certificate of Determination dated 7 January 2019 and substituted it with “An award for the respondent employer.”

This case demonstrates the importance of construing the relevant section of the legislation as a whole, together with the objectives of the Act and the intentions of the Parliament. 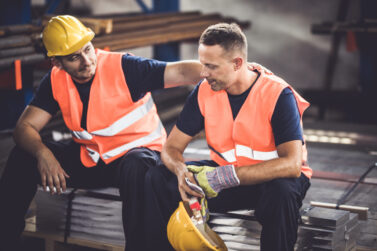 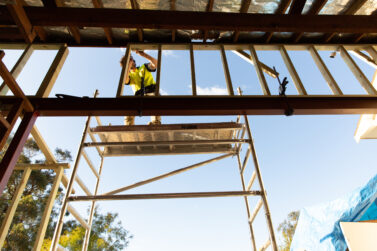 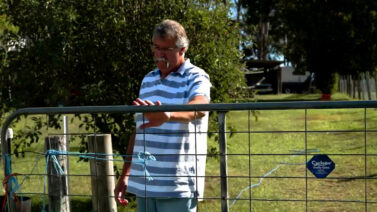 Our nation is full of hard working and genuine Aussie battlers who have the capacity to overcome adversity, but at the same time, aren’t afraid to seek help. Darryl epitomises this great Aussie spirit, and […]
Read article