She faced more than her fair share of challenges, but Layla certainly had a handle on things. The 55-year-old single mum juggled work, caring for her three kids including a son, James, with Cerebral Palsy, and even managed to stay fit. But in the blink of an eye on one fateful morning in May 2019, Layla’s world was turned upside down.

While travelling to visit a friend, Layla was suddenly jolted forward and lost control of her vehicle after a runaway truck hit a travelling taxi which was then propelled straight into her. Layla sustained a deep head laceration, a broken and dislocated arm, a fractured disc in her lower back and multiple bruises and abrasions to her limbs and torso.

Layla experienced chronic pain, her mental health was declining and she was consumed with feeling inadequate.

To say the ensuing 10 months were a struggle for Layla would be an understatement. She experienced chronic pain after two major surgeries and struggled with work and simple household chores. Her mental health was declining rapidly and she was consumed with feeling inadequate.

Layla was forced to rely heavily on her 20-year-old daughter, Raquel, who moved back home and dropped to part-time study to help with the running of the household and James’ general care. While out shopping for groceries, Raquel bumped into a friend, who asked about Layla and offered some advice. “My uncle was knocked off his motorcycle last year and received a lump sum payout for pain and suffering. He used a firm called Law Partners – you should give them a call,” her friend said.

Layla hung up the phone and for the first time since the accident, felt as though there was finally some light at the end of the tunnel.

Layla, with Raquel by her side, Googled Law Partners that afternoon and after spending some time running through their website and Facebook page, decided to give them a call. She was immediately put through to a CTP specialist who listened intently to her situation and advised that she could be entitled to a lump sum payout and even domestic assistance. Layla hung up the phone and for the first time since the accident, felt as though there could be some light at the end of the tunnel.

Three days later, Layla met with Law Partners CTP specialist Ben, who immediately got the ball rolling on her claim. He contacted the at-fault party’s CTP insurer and helped to arrange for a medical specialist to assess the permanent damage Layla sustained in the accident.

The assessment determined that Layla sustained enough permanent physical damage to qualify for a lump sum payout for pain and suffering – but how much, was to be determined by an assessor in what’s always a subjective process. Thankfully, Ben and his team took the time to get to know Layla personally and developed a strong understanding of how her injuries impacted her daily life and ability to care for James, which he was able to accurately represent and articulate to the assessor.

“Layla, you’ve been awarded just under $1 million in lump sum compensation, as well as domestic assistance for life.”

A few weeks later, Ben called Layla and asked if she could put the call on loudspeaker so Raquel could hear. “Layla, I’ve got some extraordinary news. You’ve been awarded just under $1 million in lump sum compensation, as well as domestic assistance for life,” Ben delightfully revealed.

Layla was immediately overcome with emotion. She embraced Raquel and thanked Ben, his team and Law Partners in general, not only for ensuring her family’s financial future, but also for being a much-needed support network throughout the most difficult period of her life.

Fast forward a year and it’s safe to say Layla’s quality of life has certainly improved and is getting better all the time. The domestic assistance and compensation awarded has significantly reduced Layla’s reliance on Raquel, who was able to move out and continue studying full-time. It has also enabled Layla to focus on her recovery to ensure she’s physically and mentally capable of being the strong mother she wants to be, particularly to James.

If you’ve been injured in a car accident and you’re unsure about whether you’re eligible for compensation or need help with your claim, there’s no cost to have a chat with a car accident lawyer. Call Law Partners on 13 15 15 for free advice today. 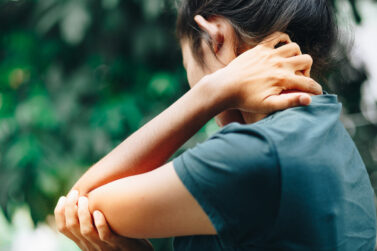 If you’ve been injured in an accident and incurred any treatment costs or had any time off work to recover, you may be entitled to a compensation payout. This guide explains everything you need to […]
Read article