A former small business owner is looking forward to the next chapter of his life after he was awarded a whopping $540,000 public liability claim payout.

Frank, 48, admits he never could’ve imagined such an outcome, but credits his family and the guidance of his lawyer for helping him through the ‘darkest period of his life.

“Never in a million years did I think I would suffer a serious injury in a public place – but when people are negligent, dangerous things can happen anywhere. Without doubt, this was the darkest period of my life, but thankfully I had the support of close family and friends and the amazing people at Law Partners on my side,” Frank revealed.

“I had no idea at all about my entitlements – and even if I did, trying to process the claim on my own would be like walking around a room in the dark. But Law Partners were phenomenal – they took care of everything, and I can’t thank them enough for giving me the opportunity to financially move forward.”

Back in July 2017, Frank, who owned a newsagent in a small shopping complex in South West Sydney, took a break to walk to the toilet block located within the complex. When he got there, he noticed newspaper and cardboard that had been purposely laid across the entrance to the toilet. He didn’t seem too concerned as he assumed there was some painting done or something of that nature and he proceeded to walk on it, as he had no choice if he wanted to get to the bathroom. Unfortunately, he slipped and landed hard directly onto his outstretched hands.

Frank was in immense pain and could hardly move. He was soaked and lying in a puddle of water, when he soon realised the newspaper and cardboard had been used to cover the liquid that was spread all over the entrance to the bathroom. Gritting his teeth, Frank managed to crawl his way out to the open area when a shopper found him and immediately called for an ambulance.

Frank suffered a full tear of both his rotator cuffs and broken bones in both his wrists. He underwent two operations to repair the severely torn muscles in his shoulders and not long after the accident, he also developed carpal tunnel syndrome in both wrists – which severely limited his grip capacity and range of motion.

Frank found himself in a cycle of pain. He became irritable at home, his relationship broke down and his physical condition combined with his diminished finances, forced him to close his store.

The 12 months that followed the accident was the toughest period of Frank’s life. He found himself in a ‘cycle of pain’ which prevented him from working, exercising and performing basic household chores. His relationship with his long-term girlfriend broke down and his physical condition along with his diminished finances, forced him to close his store.

Not knowing where to turn or how he was going to get by, Frank decided to reach to out to his uncle in Ashfield to see if he could loan him some money. He wanted to ask him in person, so he caught a bus, but on the way, he noticed a large Law Partners billboard that mentioned representation for people who have suffered an injury in public. With everything going on in his life, it never occurred to Frank that he may be entitled to compensation, and he immediately took down the number and called them when he got to his uncle’s house.

Frank was quickly put through to a specialist who listened to his situation and informed him he could very well have an eligible claim against the shopping centre.

To Frank’s surprise, he was quickly put through to a specialist who listened to his situation and informed Frank he very well could have an eligible claim against the shopping centre and was booked in for a meeting with public liability specialist, Chantille Khoury the following day.

At the meeting, Chantille explained to Frank that the success of the claim would hinge on the evidence she collected. She immediately arranged for Frank’s injuries to be assessed by an independent specialist and set out to prove the centre breached its duty of care and failed to protect Frank.

Chantille and her team dug up and assessed relevant CCTV footage, recorded statements from eyewitnesses and nearby shop owners/workers and accessed the centre’s cleaning records from the day of the accident.

Her investigation determined that the leak had originated from the adjacent fruit shop and one of their staff members was responsible for laying the newspaper and cardboard – in a poor attempt to soak up the water. They also discovered that the centre had no adequate hazard identification system or a regular system to clean the floors of the common areas of the premises (which the entry to the bathroom would constitute).

The strength of the collected evidence combined with the way Chantille was able to articulate the accident’s overall impact on Frank’s life, convinced the judge to award $540,000 in lump sum compensation and domestic assistance for life.

Equipped with this evidence along with confirmation from the independent medical report about Frank’s permanent impairment and her intimate knowledge of how the accident impacted all areas of Frank’s life, Chantille successfully sued both the shopping centre and fruit shop. She put together such a compelling case that convinced the judge to award $540,000 in lump sum compensation for pain and suffering and past and future income loss along with domestic assistance for life.

“It’s hard to explain just how determined, professional and precise Chantille and her team were from the moment I met her. They knew about my situation, what I was entitled to and exactly how to go about winning my case. From the bottom of my heart, I just want thank Law Partners for everything,” Frank said.

“In terms of the future, I’m taking every day as it comes and even though I still have physical limitations, I’m now excited about what’s ahead.”

If you’d like to know more, read this guide to claiming compensation for slipping on a wet floor.

If you’ve suffered an injury in a public place or at a private residence and you’re unsure about whether you’re eligible for compensation or need help with your claim, there’s no cost to have a chat with a public liability lawyer. Call Law Partners on for free advice today.

What is a public liability claim? When you’re out and about, whether you’re shopping, visiting friends, enjoying recreational activities, or at a public building, the last thing you expect is to be injured in an […]
Read article Slip and Fall Claims and Payouts Australia – Know Your Rights.

Slips and falls happen when they’re least expected – one minute you’re going about a regular activity like shopping, and the next you’re on the floor trying to work out what happened. And unfortunately, injuries […]
Read article 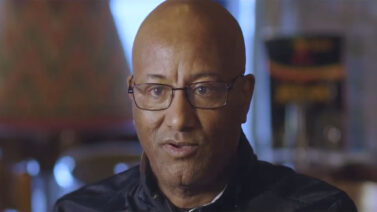 Joseph’s Story: Fighting Back From The Brink of Despair.

Restaurant owner Joseph had his life turned upside down after suffering through some horrible injuries suffered as a result of a slip on the way to a public toilet block. Joseph opens up about his […]
Read article